First run by Live Promotions Events Ltd after being sold on by Kelsey Publishing Group, who ran it for 21 years.

Sponsored by Footman James, the 2004 show included a large autojumble section, a "one make" parking area for people to display their cars, and various club stands.

Autoglym people were also in attendance with a concourse competition which was won by a Mini Cooper S. 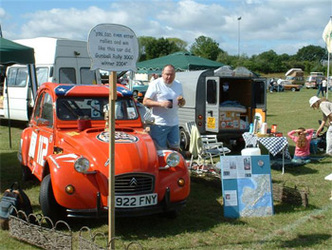