“Get up to anything this weekend?” comes the question as I arrive at work on Monday morning.......

Most others have just been doing the stuff I think of as dreary – shopping, tidying the garden,
watching the match – you know the sort of thing..... “Well yes, actually, I did get up to something
this weekend” I can reply. The evidence that a 2CV has been involved is clear for them all to see too,
as the normally spotless Monsieur Alfonse, our blue & yellow Club, is filthy with the road salt and
mud of many miles.

What we did actually, was to drive 550 miles in sub zero temperatures through every kind of winter weather imaginable just so we could say on Monday morning we’d taken our 2CV to the highest pub in Wales.

A year earlier in 2010 we at the Swindon group had been very brave and took part in the lovely Raid Tan Hill. Well, we got the bug for this winter 2CVing and immediately made plans to do Raid Sportsman’s (highest pub in Wales) in 2011 followed by Raid Wanlockhead (highest pub in Scotland) in 2012

So, on a very wintery Friday morning we found ourselves loading up for a weekend in North Wales.

Alfonse looked good and well prepared although I knew we were in for a damp experience – not just the weather outside, but Alfonse had just been treated to a brand new windscreen and when using him for the commute to work the day before (first time out in rain with the new screen) I discovered he was leaking terribly. Armed with plenty of absorbent cloths we were off! En route we collected Jim & Marg in their red Special and Dave & Ellie in their black & yellow Charleston. Rain all the way to Gloucester, then it turned more wintery with snow everywhere. The roads were clear but very slushy and a couple of hours later we stopped at a pub in Ludlow for lunch to find the car park 3 or 4 inches deep in snow. Heading north again we arrived at our hotel in Bala late afternoon having driven pretty much all the last hour or so shrouded in thickish fog and unable to take in the scenery.

Saturday morning saw us first at the rendezvous point, not a difficult task as we’d only come some half a mile. The weather was quite different, very clear and giving us beautiful views of the Lake and the surrounding mountains. More & more 2CVs arrived and eventually there were about 15 of us ready for the off, some having travelled great mileages that morning. Not for me, the early start!

The climb up to Sportsman’s Arms is a lovely drive and I have to say what a picturesque part of the country this is. As you would expect, Sportsman’s Arms is in a bleak & remote place, but we were rewarded with fine (but bitterly cold) weather along with stunning views. After lunch we were free to do as we pleased, so I headed a group further west along to Betws y coed enjoying some truly breathtaking views along the way – Snowdon off to our right looked dramatic caped in a blanket of snow. Now, I’ve never been to this part of Wales but one thing is certain – it is a magnet for hikers & walkers to be sure. Everyone in Betws y coed looked so fit and energetic and every other shop appeared to be encouraging you to ‘get outdoors’!

Now 4ish on Saturday afternoon, the light would soon be fading and the temperature was dropping quickly. I led our little group back East towards Bala to finish the day, but was taken by one of those curious teeny white roads that appear on a map when you’re planning an interesting route.

Off we headed across some beautiful moorland, ever heading down off the hills on a single track road. Aware of ice we picked our way tenderly, but things started to cause me to hesitate slightly when the road took us through a farmyard and then out across a field. Clearly signposted to Bala, this was not a road to be on in sub zero temperatures with the light fading fast. I came to a stop in a field with a five-bar gate across the road and got out to investigate – immediately slipping on the solid ice beneath my feet. The road was like glass! Clearly the way ahead was unfit and also involved a climb up some hills, so it was time to turn around and find a better way. By the time we were facing the opposite direction it was totally dark, then we came upon a local in his 4x4 who told us we had been on the right road all along and couldn’t make out why we’d turned around!

Anyway, we later got back to our hotel and had a cracking night musing over the lovely day we’d had.

After a leisurely breakfast on the Sunday we headed for home, the weather having much improved.
Wow! What beautiful scenery – North Wales certainly has it by the masses. Fantastic views of
mountains, hills, valleys, rivers and babbling streams for mile after mile, helped by lovely sunny
weather

So , in answer to “Get up to anything this weekend?” Yes, we certainly did! We made new friends,
saw 2CVs we hadn’t seen before and visited an area we’ve not been to before but look forward to
returning to sometime. I’ve said it so many times before, but this is why I drive a 2CV every day! 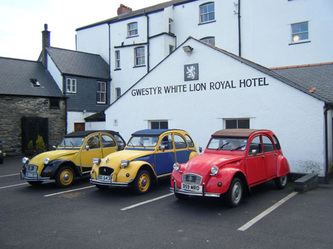 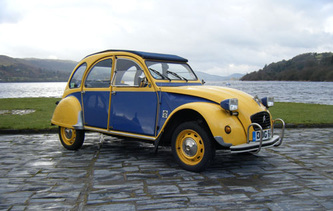 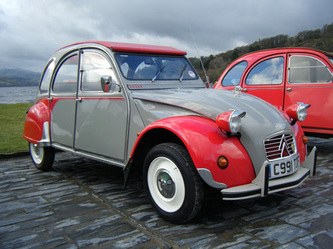 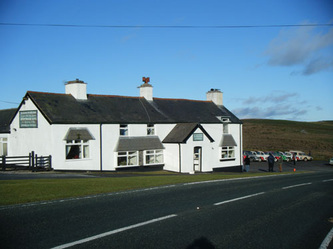 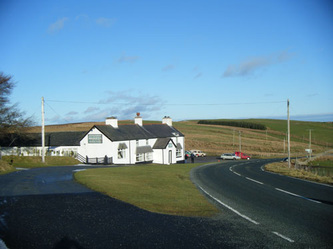