Thunder and lightning, heavy rain, flash floods, general doom and gloom - where were they, on the news and glimpsed in the distance somewhere north of us but certainly not at Wicks Farm this weekend.

It was almost too hot to set up the camp on Thursday but we persevered and everything was ready for the buffet on Friday evening.

Saturday was a bit cooler but saw a big convoy going off to Butser Ancient Farm and, on their return, people were lured into the 'Fairy Flinging' competition before donning their fairy/elf outfits for the fancy dress barbecue.

Entertainment was provided by Otis B. Driftwood, followed by Matt and Ruth with music hall renditions, recitations and familiar and brand new 'A' series songs. These were interspersed with prizes for various things and the giant raffle.

Sunday was mainly about finding ones property from the night before and packing up - in the dry of course.

Some of us stayed on Sunday night for a bit of peace and quiet and I stayed until Tuesday - when the resident duck came around as usual to check that we had cleared up properly.

Many thanks to Richard and his staff at the campsite and to everyone who came along and created such a good atmosphere over the whole weekend - including the odd non-2cv'ers who had camped there not knowing what was going on but were highly entertained by the proceedings.

Peter
Afraid we cheated this year and I rented one of these things, that they have introduced this year, for 5 days. The other 2 in the field were also rented by 2cv types. I used the excuse that we had a lot of stuff to store - goody bags, food, prizes etc. It was rather nice! 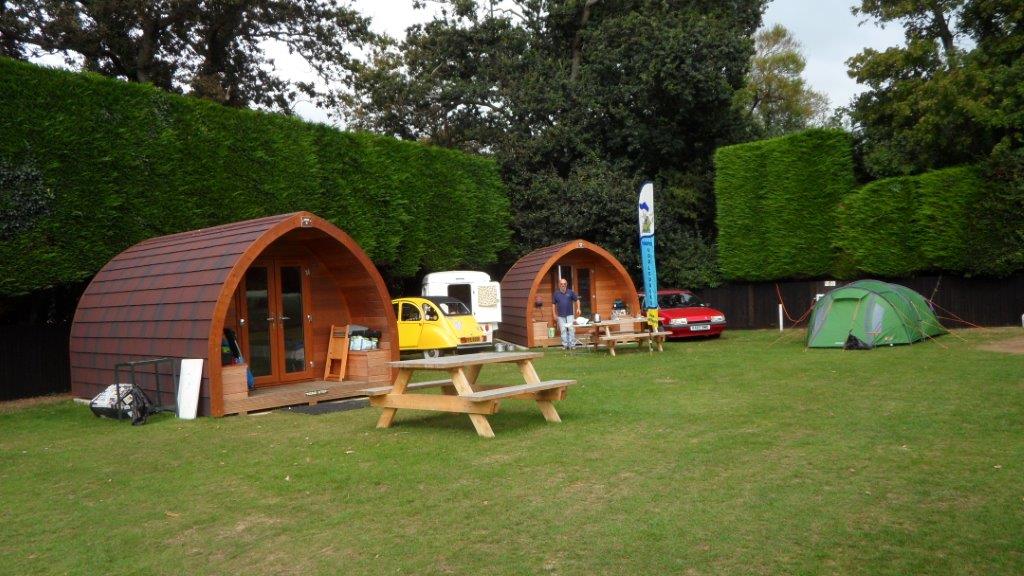